The Wines of Vecchie Terre Di Montefili with Nicola Marzovilla

For a number of years I was the sommelier/ wine director for I Trulli Restaurant in NYC and collaborated with Nicola Marzovilla, the owner of the restaurant on various wine projects.  In 2015, Nicola got involved with an historic vineyard, Vecchie Terre di Montefili, outside Greve in Chianti, which just released their first vintage under his leadership.  I was very interested in seeing what style of wine they produced and I attended a tasting of the wines at I Trulli. 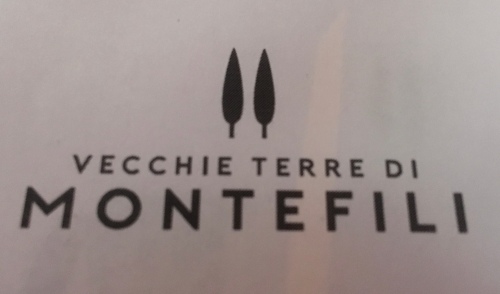 Nicola said the wine maker is the talented Serena Gusmeri, and he hired her because they both have the same approach to wine making — as little interference in the wine making process as possible. He wanted the grapes to speak for themselves. The vines are very old and they produced a wine that is very concentrated and that he believes can last for 20 years or more. This concentration and longevity comes from the grapes themselves and not from anything that is done during the winemaking process.

There are 12.5 hectares of vineyards planted mostly with Sangiovese in the heart of Chianti Classico on the highest hill outside of Panzano.  With the 2015 vintage they use spontaneous fermentation for the alcoholic fermentation, malolactic fermentation and the final refinement.

Chianti Classico DOCG 2015 made from 100% Sangiovese. The terrain is hilly and the vineyards are at 500 meters. The soil is galestro and alberese. The vineyards were planted in the late nineties and Nicola said these were the youngest vines on the property. The training system is spurred cordon. Fermentation is in stainless steel tanks with indigenous yeast. Aging is for a minimum of 15 months in large Slavonian oak barrels and 6 months in bottle before release. $30

Chianti Classico Riserva DOCG 2015 made from 100% Sangiovese from a careful selection of grapes from vineyards with the best exposure. The vineyards were planted in the late 1980’s. The training system is spurred cordon and guyot. Fermentation is in stainless steel tanks with indigenous yeast. Aging is in Slavonian oak barrels for a minimum of 22 months and 6 months in bottle before release. $50

Vigna Vecchia “Gran Selezione” DOCG 2015 made from 100% Sangiovese from a single vineyard called Vigna Vecchia planted in 1981. The training system is spurred  cordon and fermentation is in stainless steel tanks with indigenous yeasts. The wine is rotated between 30HL and 10HL oak barrels for 26 months and 8 months in bottle before release. $75

Nicola said that none of  the wines undergo filtration or fining. 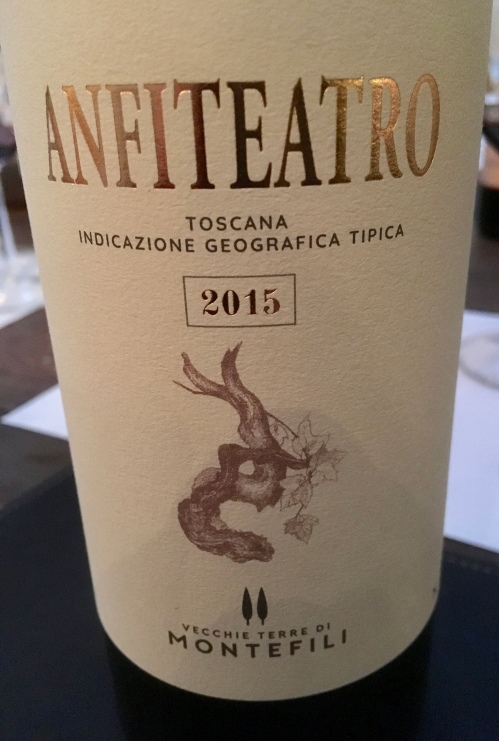 Anfiteatro IGT Colli Toscana Centrale made from 100% Sangiovese from the Anfiteatro vineyard planted in 1985. The training system is bilateral cordon. Fermentation is in stainless steel with indigenous yeast. The wine is aged for 28 months in 5HL barrels and 10 Hl barrels and a minimum of 12 months in bottle before release. This is a very big wine that needs more time.

Nicola said because of the position of vineyards and because they are at 500 meters the microclimate is not like any other in Tuscany. $120

Rosso IGT Toscana 2015 made from Sangiovese and Cabernet Franc. The Cabernet Franc is sourced from outside their estate. The vineyards are at 500 meters and were planted in the mid 1990’s and the soil is galestro and alberese. The training system is spurred cordon. Vinification is in stainless steel tanks with indigenous yeasts. The wine is aged for a minimum of 20 months, the Cabernet Franc is aged in tonneaux and the Sangiovese in 20 hl oak casks. The wine remains in the bottle for at least 6 months before release. $30  This was one of the best blends of this type I ever tasted and was drinking very nicely now