On the Hello, Grappa press tour in May, Michele and I visited the Bonollo Distillery in Torrita di Sienai inTuscany. Bonollo is a very large operation and the Bonollo family own distilleries in other parts of Italy.  In Italy it is against the law to produce distilled spirits and wine on the same property. So Bonollo not only makes grappa under its own label but also for some of the best producers in Tuscany such as Castello Banfi.

At the distillery we were greeted by Maria Carla Bonollo and her daughter Giulia di Cosimo. 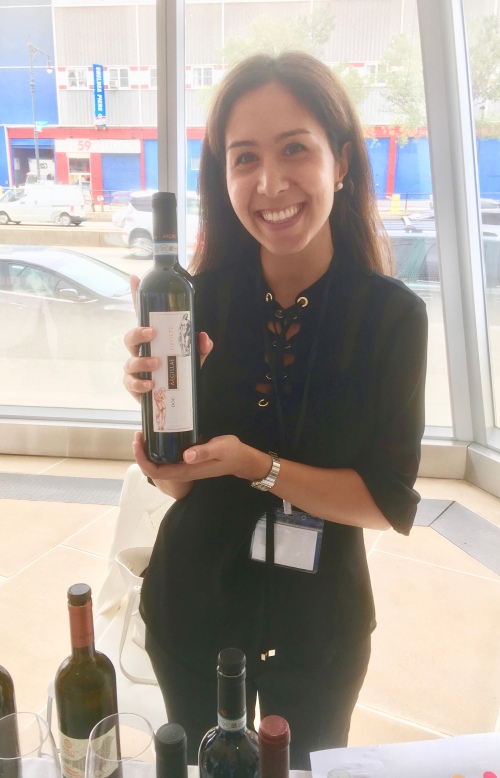 After a tour of the distillery we had lunch with Giulia Di Cosimo, and her mother At lunch Giulia offered us wines from Argillae Winery, also owned by her family.

I liked the wines and Michele and I visited the Argillae wine, which is in Umbria in May.

Giulia said she would be in NYC in September because her importer Vias was doing a tasting event. She said that the wines of Corte Dei Papi owned by the Di Cosimo family and managed by her father Antonio would be there. We told her we would see her in NYC for the tasting. 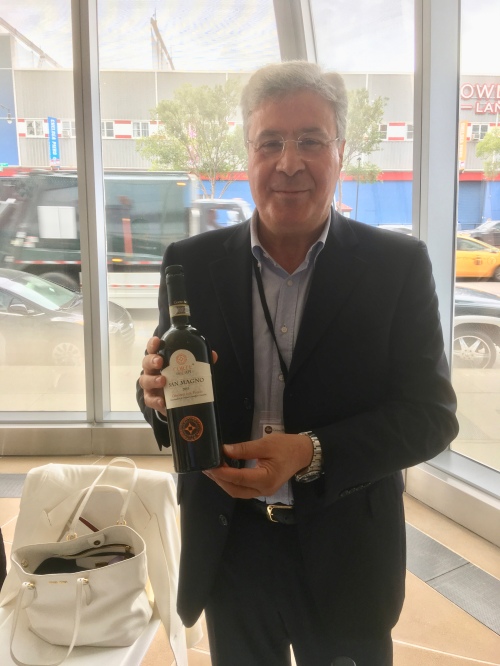 Antonio spoke about the Corte Dei Papi (Court of the Popes) Winery.

The Winery is located between the towns of Paliano and Angani, in the heart of the

All of the grapes are harvested by hand and vinified immediately.

He said they were inspired by the symbolism and the accuracy of the floor of the Cathedral of Anagani constructed by the Cosmati a Roman family of artists who became famous for the beauty of the mosaics in the 12th century.

The Wines of Corte Dei Papi 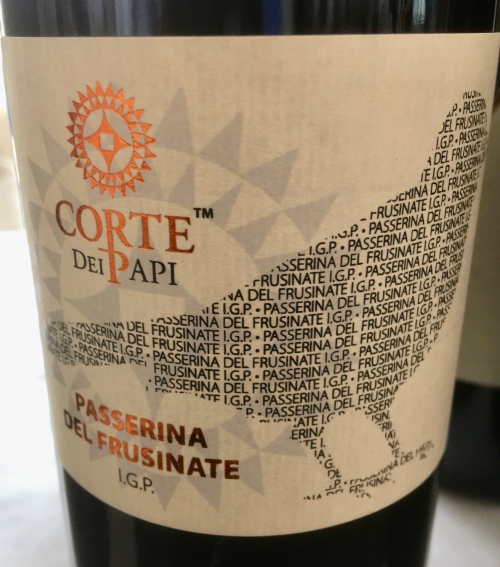 Passerina Del Frusinate IGP 20017 made from 85% Passerina. and 15% Viognier. The vines were planted in 2008. There are 3,500 vines per hectare, at 300 meters and the training system is spurred cordon. The soil is red clay from mountain erosion and volcanic layers. Soft pressing takes place at controlled temperatures. Fermentation lasts from 18to 25 days at 17degreesC with constant remourage. The wine is then stored in stainless steel tanks at a controlled temperature of 1Degree C. for 6 months and I month in bottle before release. This is a fresh dry white wine with fruity aromas and flavors and hints of citrus, apple and good acidity.. 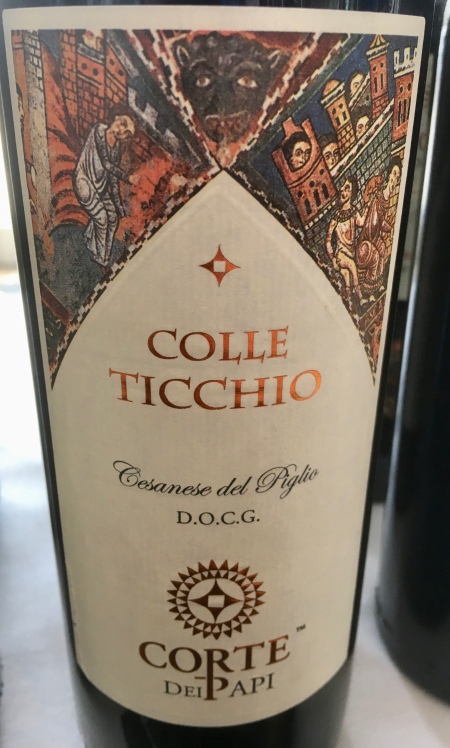 Colle Tricchio DOCG 2016 made from Cesanese Affile and Cesanese Comune with vineyards located in the municipality of Anagni at 300 meters. The vines were planted in 2005, there are 4,000 vines per hectare and the training system is spurred cordon. Vinification is in stainless steel tanks at a controlled temperature., maceration on the skins for 10 to 15 days. The wine remains in stainless steel for 3months and in bottle for 1 month before release. This is an easy drinking red wine with hints of red fruit and a touch of cherry, plum and violet. The name comes from the Italian word for sparrow; legend has it that a sparrow would only eat the grapes from the Passerina vines. 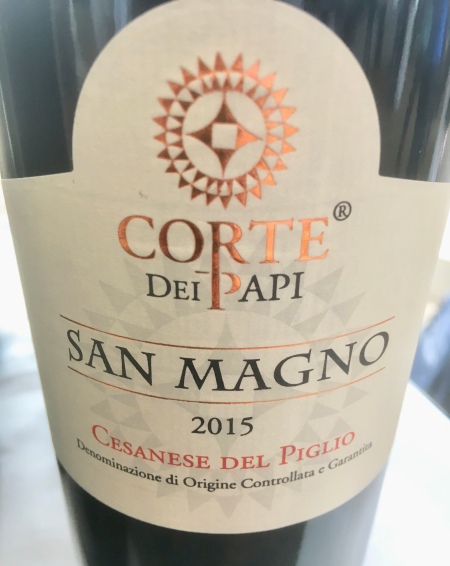 San Magno DOCG 2015 made from 100% Cesanese del Piglio from selected vineyards in the municipality of Anagni. The wine is vinified at 25 to 26 degrees C and there is frequent pumping over to obtain optimal extraction of color and aromas. With the wine still in contact with the skins, a post fermentation hot maceration is carried out. After malolactic fermentation the wine ages for 16 to 18 months in barriques before being bottled. This is a well structured wine with nice red fruit aromas, hints o f cherry, spice and floral notes. It is a wine that will age.

We told Giulia we would be in Rome in February and she invited us to come to Anagni, visited the Cathedral and the winery.