The Night of the Comic Opera

Many years ago I saw the film, “A Room with a View.”  It was set in Florence and it is like a love song to that magical city.  Not only was the movie filmed beautifully, but it also featured beautiful music.  I believe it was the first time that I heard the incomparable aria, “O Mio Babbino Caro” from the opera Gianni Schicchi, written by Giacomo Puccini. I was completely captivated by it.

With that in mind, we invited friends to our apartment to view a video of Gianni Schicchi followed by a late lunch. 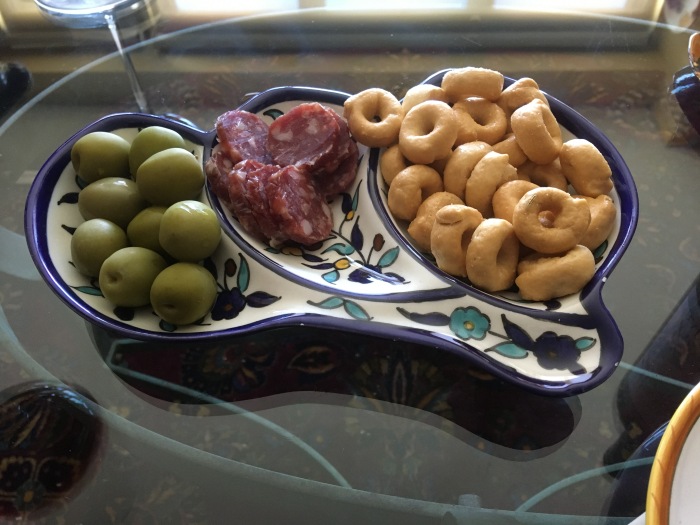 We started with some nibbles as the opera began.  The opera tells the story of Gianni Schicchi, the craftiest man in Florence.

We had pepper wedges filled with anchovies, breadcrumbs and olives, a recipe from Michele’s book The Antipasto Table. 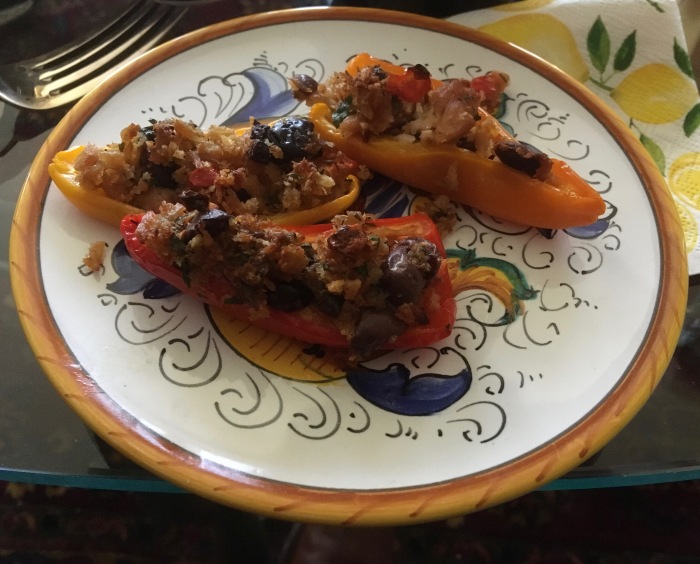 Peppers on the plate 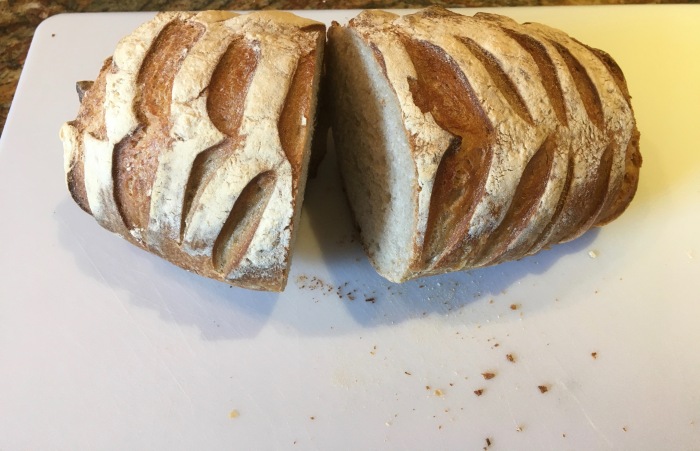 The bread was from Mark’s Off Madison. 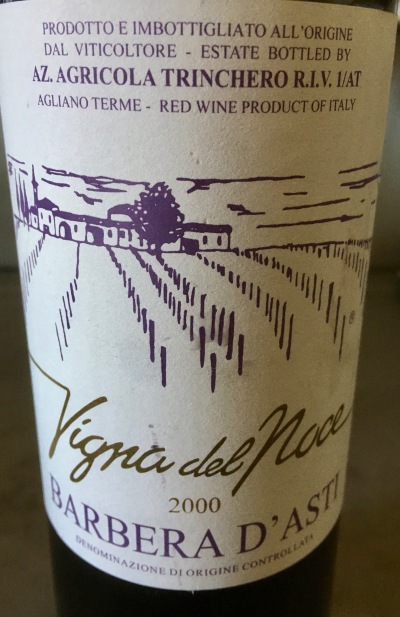 Barbera D’Asti 2000 Vigna del Noce Az. Agricola Trincero The winery belongs to the Triple “A” Agriculture Artisans Artists, an association of wine producers from around the world that believes in Organic and Bio-Dynamic production, terroir and as little interference as possible by the winemaker. Only natural yeast is used, there is no acidification of the wine, and clarification and filtration does not take place. Chemical treatments are not used in the vineyards; copper and sulfur are used but only when it is really necessary. The winery is strictly organic. The wine is aged for 7 years in large chestnut barrels. This is a traditional, classic Barbera. it is a full-bodied robust wine with hints of cherries, plum, and leather, balsamic touches and a note of smoke. This is a very impressive Barbera that will last for at least another 10 years or more.

Michele made Pasta ‘Ncasciata, a Sicilian recipe made with a meat sauce, caciocavallo cheese, ham, and peas baked together.  Here it is ready for the oven.  It baked while Gianni Schicchi schemed and connived to make his fortune.

After the opera, the pasta was ready to be served 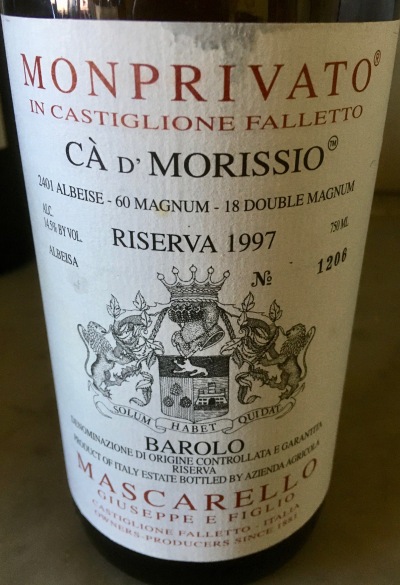 Barolo Riserva 1997 Monprivato –Cà d’Morissio Giuseppe Mascarello E Figlio made from 100% Nebbiolo. The Monprivato vineyard is about 15 acres on a southwest-facing slope in Castiglione Falletto. Cà d’Morissio is made from grapes from a special two-acre plot of the Michet subvariety of Nebbiolo. The chalky and gray marl soil is perfect for growing Nebbiolo. Harvest takes place towards the middle of October. Traditional style fermentation takes place with floating cap for 25 days. The wine ages in medium sized Slavonian oak barrels for around 40 months. The wine is bottled after 6 years following the vintage. This is classic Barolo just beginning to drink with hints of cherry, tar, tobacco, licorice and a note of smoke.

A friend had sent us a special pannetone in a magnificent metal box.

The Panettone was flavored with grappa and chocolate chips.  We served it with ice cream for dessert.