This post has been adapted from an article I wrote for the Italian/American Project. The full article entitled “Prosecco and Panetone: A Perfect Combination” can be found here.

When I visit Rome, the first restaurant I go to is either Da Giggetto in the Jewish Quarter or Il Matriciano on the via Gracchi near he Vatican. I do not need a menu and always order the same appetizer, Fiori di zucchine ripiene con mozzarella e acciughe (fried zucchini flowers stuffed with mozzarella and anchovies). This goes perfectly with a bottle of sparkling Prosecco, a wine I enjoy with fried foods and with a variety of snacks.

Prosecco is the largest selling sparkling wine in Italy and Italians drink it all the time. They have it in the afternoon at the cafes, before dinner, and at celebrations such as weddings and birthdays. In fact, no self-respecting Roman or Venetian would go out to dinner without first having a glass of Prosecco.

Prosecco is made in the Veneto about an hour by car from Venice to the south of Cortina D’Ampezzo (the famous ski resort) in the Dolomites, to the north in the province of Treviso. The two towns that form the DOC limits for Prosecco production are Conegliano and Valdobbiadene. Prosecco can be made in others areas, but the best come from here.

In addition to the sparkling variety, it can also be made secco, as a dry, still wine. It is difficult to find still Prosecco because there is such a large demand for the sparkling that there are not enough grapes for the still variety. The first time I was in Valdobbiadene, the producers called still Prosecco tranquillo (tranquil) to distinguish it from the sparkling. There is amabile (sweetish) Prosecco and dolce (sweet). The sparking can be produced in two types: frizzante (slightly sparkling) or spumante (sparkling). It can be Brut or Extra Dry. Brut is dryer than Extra Dry. It is made from the Prosecco grapes (85- 100%) with the addition of Verdiso, Pinot Bianco, Pinot Grigio,and Chardonnay up to 15%. Most Prosecco is non-vintage.

Sparkling Prosecco is made by the Charmat method, meaning that they are given their second fermentation in a temperature controlled stainless steel tank rather than in the bottle.

The average vineyard holdings in the DOC area are very small and most large producers have to buy their grapes from many different vineyard owners. The Cartizze is a sub-zone in the heart the DOC area: 106 hectares of vineyards in the municipality of Valdobbiadene among the steepest slopes of San Pietro di Barbozzo, Santa Stefano and Saccol. This is a Super Cru and it is divided into very small plots with many different owners. Prosecco Superiore di Cartizze will cost two to three times as much as regular Prosecco.

Recently I went to a Prosecco tasting in the Time Warner Center in Manhattan and was able to taste a number sparkling Prosecco’s. Here are a couple of the producers whose wines I enjoyed:

Bisol has over 50 hectares of vineyards, including 3 in the prize Cartizze zone. Their Prosecco di Valdobbiadene Spumante Brute “Crede” ($24) is a special Cru which gets its name from the clayey soils and subsoils known as crede. It is made from Prosecco, Verdiso and Pinot Bianco grapes. Their Prosecco di Cartizze is also good ($48).

I was invited a few days later to a seminar: Sergio Component Tasting and Luncheon (at Remi Restaurant). The speaker was Sergio Mionetto, one of the owners of this family-operated winery. We tasted Mionetto Sergio, a sparkling wine that can not be called Prosecco because it only has 70% Prosecco di Valdobbiadene and such grapes as Verdiso, Bianchetta, Perera and Chardonnay. All of these grapes come from the Veneto.

Signor Mionetto is a knowledgable and entertaining speaker. He spoke about both Prosecco in general and his own wines. One of the most interesting parts for me was the component tasting. Each one of the grapes that go into Mionetto Sergio ($24) was tasted as a still wine. Then we tasted them all combined: the Sergio base wine in its tranquil state and finally, the Sparkling Sergio Cuvee. It was very informed to see how each grape is necessary to make the final blend. We were also served a Mionetto Sergio Rose’ ($27)

Mionetto also uses a crown cap closure (like the ones on beer bottles) on its Prosecco. We were informed that this was the closure used in the Italian market for Prosecco. It also is used in Champagne before disgorging. It keeps the wine fresher and prevents it from becoming corked. I do not see anything wrong with the crown cap for this type of wine.

Here are some more Prosecco producers and wines I enjoy drinking:

TIP: For a perfect summer drink, blend white peach juice with Prosecco for that famous drink invented at Harry’s Bar in Venice: The Bellini.

As part of the Italian American Network’s video programming, Michele and I were interviewed by Valerie Smaldone.

To see the joint interview, please click here. To see the solo interview on wine, please find it here.

Charles teaches “Hot Summer Nights, Cool Italian Wines” at the Astor Center on August 14th. As an additional homage summer, here is a piece on Italian white wines that first appeared on (Tibesti), a site devoted to the best of everything.

Not so many years ago, many felt that Italian white wines lacked character and tasted too much alike. One of the reasons for the similarity was that many producers used the same type of yeast. There were always exceptions and today, the exceptions have become the rule. Innovations by northern Italian white winemakers, especially in the Friuli-Venezia Giulia region, have led the way to complex white wines that reflect both the grape variety and the “terroir.” One winemaker even cultivates his own natural yeasts in a special room. 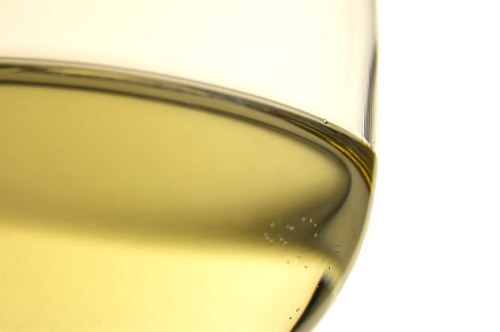 This winery makes only three wines. Two of their wines were given the Tre Bicchieri from Gambero Rosso: Trebbiano d’Abruzzo and Montepulicano d’Abruzzo. The other was awarded two red glasses, their second highest honor. The Trebbiano d’Abruzzo was rated in the first tier in Decanter Magazine’s “Italy’s 50 Greatest Ever Wines”. It will age and drink like a great white Burgundy. The winemaker is Francesco Valentini. His winery has taken an undistinguished grape, Trebbiano, and made it into a world-class wine.

Made from Chardonnay, Sauvignon, Rjbolla Gialla, Malvasia Istriana and Picolit grapes, the percentages vary from year to year. The grapes are late harvested, picked two weeks after all the other grapes have been harvested. Grapes are all harvested and vinified together which is very unusual. The wine is fermented and aged in stainless steel.

This is an elegant, well-balanced wine with complex floral, honey, and mineral aromas. The winemaker is Silvio Jermann, one of the first in the area to experiment with blends. He has had great results. The first official release of the wine was in 1975. The wine will last 8 -10 years after the harvest.

The wine is 100% Ribolla, a native grape from Friuli Venezia Giulia, but the way it is made is very unusual. In the vineyard, Joska Gravner gets maximum ripeness and concentration from the grapes. He ferments the wine in giant beeswax lined terracotta “amphorae” from Georgia in the former Soviet Union, which are buried underground. The wine is kept there for 7-8 months and then in large Slovenian oak barrels for 3 years. Only natural yeast is used. No sulfur dioxide is added and there is no temperature control. The wine is neither clarified nor filtered and is bottled during the waxing of the moon. This is a unique white wine brownish in color with aggressive aromas and flavor.

40% Tocai Friulano, 20% Pinot Grigio, 20% Sauvignon, 15% Malvasia and 5% Ribolla grapes. 85% of the wine is fermented in stainless steel tanks; the malvasia undergoes alcoholic fermentation and malolatic fermentation in tonneaux for five or six months. The tocai friulano and the malvasia dominate the blend. The winery has a yeast room where the various types of autochthonous yeast required to trigger the process of fermentation are grown.

The winery was established in 1965 by Mario Schiopetto, and the first vintage of the wine was 1986. The winey is now in the hands of Mario’s children and Giorgio is the oenologist and agronomist. We first drank this wine many years ago in Venice and it has become one of Michele’s (my wife) and my favorite white wines.

The winery is a cooperative with 355 members. It was founded in 1907 and named after the village where it is located. The cellar master is Hans Tezer, an expert on white wine, who has been with them for 30 years.

The vineyards are 500 meters above sea level. Fermentation and aging are done in stainless steel. The wine has a fresh, fruity aroma with licorice and hints of fig. It is slightly spicy with good acidity and a long finish. It is a very elegant wine, with an aftertaste that is the essence of Sauvignon.