Recently Michele was invited on a press trip to Tuscany for Pecorino Toscano DOP and I went along.  Pecorino is produced from sheep’s milk and it comes in many varieties.  We had an opportunity to visit several producers and learn about the production.

One of the cheese producers we visited was Caseificio Busti located near Pisa. It is a very large operation and includes a retail store and a restaurant.

To accompany the cheeses, we were scheduled to taste some locally made beers made by a winery.  One of the beers actually contained a small percentage of wine.

After touring the Busti facility and seeing how the cheeses are made, aged and stored, we headed to the cantina for lunch.  We tried at least a dozen different types of pecorino Toscano, including fresh cheeses, aged cheeses, and flavored cheeses and everything in between.

The beer is produced by the 500-hectare Torre a Cenaia Antica Tenuta  in the municipality of Crespina Lorenzana in the Val Tora at the foot of the hills of Pisa not far from Pisa and Livorno.  During the tasting we met Ester Filippone, the export manger for Torre A Cenaia, and she told us about the beer known as J63.

The J63 Craft Agricultural Brewery is in a country house in the village of the Torre a Cenaia estate. It is brewed from barley grown in the fields of the estate so the raw materials are right there. The beer is not pasteurized or filtered. The Estate is a member of the COBI-Italian Cosortium of Producers of Beer and Barley. The mark Birragricola issued by the Italian Ministry of Agriculture is on the back label of every bottle.

The beer is named for Julia, a martyr, and later a saint in Livorno. At some point, her body was stolen from Corsica and brought to Brescia. In 763 her body reached Torre a Cenaia where it stopped for one night.

The #63 is the house number of the Brewery, Julia arrived in 763 and in 1463 Luca Pitti, ancestor of Count Robert Pitti of Cenaia, was appointed Captain of commons and acquired in his coat of arms the Red Cross which today distinguishes the brand and the products of Torre a Cenaia. So the beer is called J63. 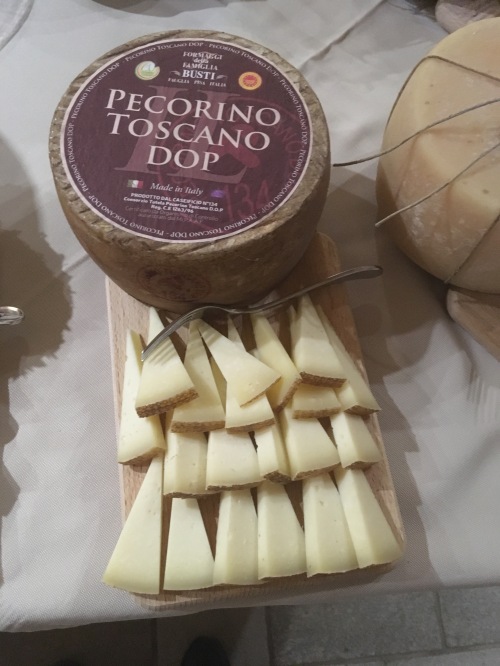 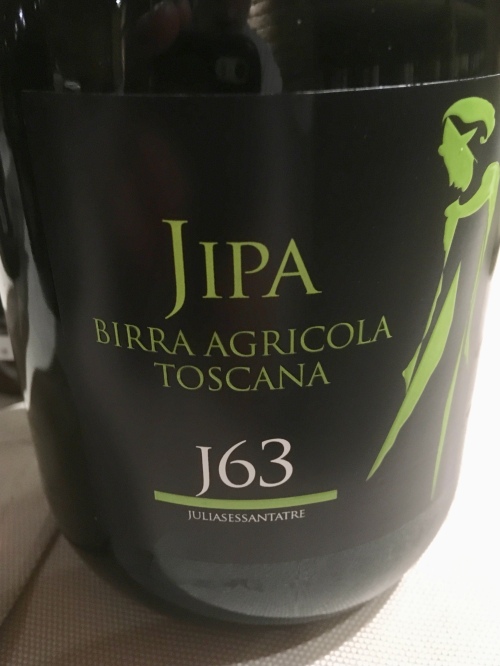 JIPA Birra Agricola Toscano– style Pilsner made from Water, barley, malt, hops-Premiant(CK) Saaz(CK), Strisselspait (FR) and yeast which is low fermented. The color is straw yellow and slightly hazy. The foam is white, fine, compact and very persistent. The alcohol is 5%. The beer has grassy and delicate malty notes with hints of honey and green apple. 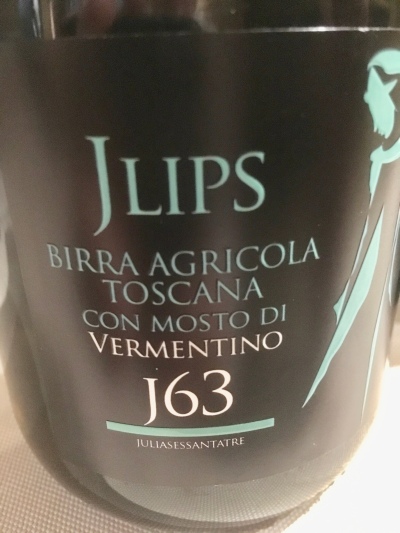 JLIPS Birra Agricola Toscana con mosto di Vermentino made from water, barley malt, wheat flakes, hop yeast (Top fermentation) and Vermentino grape must 5%  Style Italian Grape Ale. The Vermentino must is added fresh while boiling. Vermentino grapes are grown on the estate. The color is golden yellow and the foam is fine, compact and persistent. It has fresh floral notes with hints of white fruit and grape aromas and nice minerality and a light taste of malt. The Alcohol is 6%. This was my favorite — the addition of  Vermentino  made it very mellow. 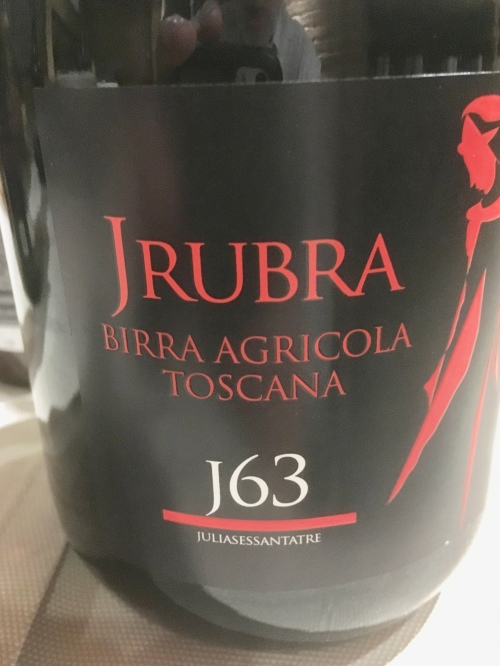 Jrubra Birra Agriciola Toscana made from water barley, hop (American Pale Ale for hops) malt (Doppeblock for malts, yeast- low fermentation. The color is orange with red highlights and slightly hazy. The foam is fine, abundant and persistent. Alcohol is 7.5%. There are herbal aromas, malted notes with fruits in alcohol, and dried fruit flavors. 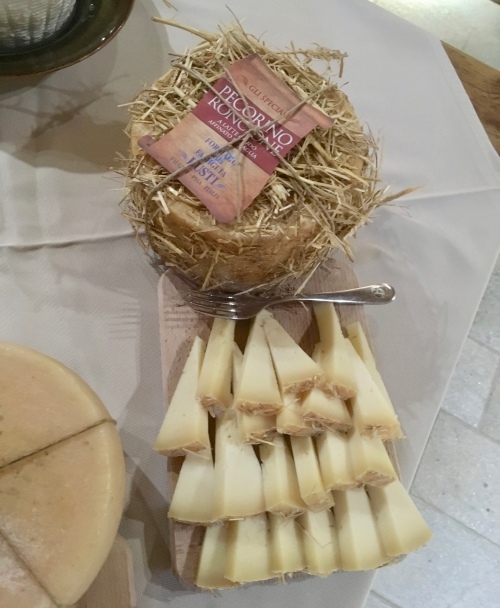 One of the cheeses was aged in fine straw which gave it a grassy quality.

JBlack made from water, barley, malt, coco beans, hop and top fermentation- Belgian abbey yeast. The style is Belgian Dubbel The color is very dark, clear with fine abundent and persistent foam- Esther described it as the color of a monk’s frock. Alcohol is 8%. The beer has toasted notes, licorice, coco and fruits in alcohol. Esther said most of the flavors are produced by selected Belgian yeast. Esther said this is an important mediation beer perfect for long winter evenings and with a good cigar. This was the heaviest of the beers. This beer goes very well with sharp  cheeses. 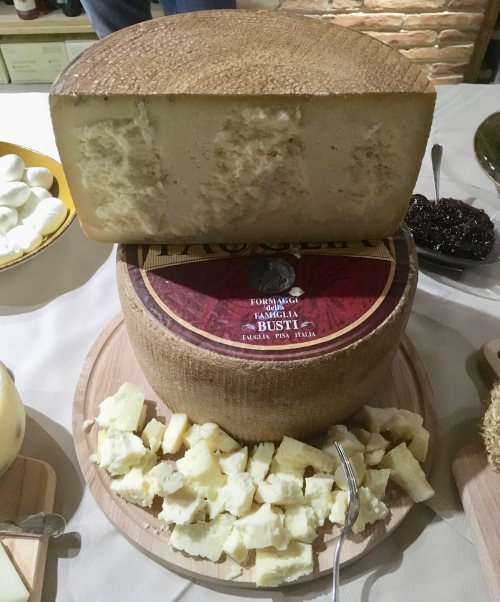 Pecorino Toscano cheeses are full of flavor and range from mild to sharp.  They are quite different from the salty pecorino cheeses used in other parts of Italy for grating.  They are excellent with wines, and this was the first time I had them with beer.  It was  very interesting and enjoyable experience.