Rovagnati is one of Italy’s top producers of salumi, including cooked ham, prosciutto, mortadella and porchetta. Michele and I were introduced to their products at a dinner hosted by Lidia Bastianich at Felidia, one of New York’s best Italian restaurants. 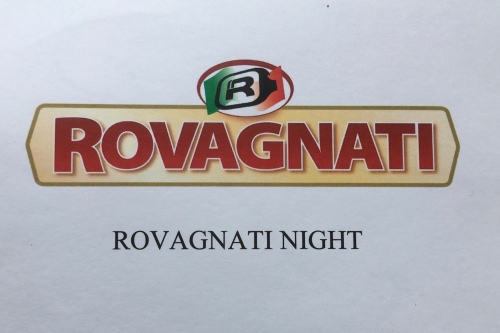 The company began 70 years ago as a producer of butter and cheese in Brianza in Lombardy.  When Paolo Rovagnati, the son of the founder became involved, he convinced his father to begin making salumi. The company was  expanded and they began selling their products all over Italy and eventually Europe and the USA. They even took over Berkel, the company that produces those snazzy red meat slicers you see in many stores and restaurants.  Today Rovagnati is still 100% family owned and uses state of the art technologies in order to produce their high quality products.  Their Gran Biscotto cooked ham is the best-selling and most famous products of its type in Italy.

The Rovagnati meats were the stars of the evening and the kitchen produced a meal that demonstrated their versatility whether eaten alone or used in cooked dishes.  It began with platters of the perfectly sliced  Gran Biscotto, followed by mortadella, porchetta and prosciutto.  A beautiful and inventive salad of cooked and raw asparagus with burrata, topped with tender pink prosciutto slices was next. The flavors and textures were sweet and salty, crunchy and tender. A great combination.

This was followed by Cappellacci Rovagnati, handmade fresh tortelli filled with porchetta, mortadella, and Gran Biscotto in a light sauce of butter and sage that had the guests at our table swooning.

Lidia Bastianich spoke about how fond she is of Rovagnati products and how proud she is that they are featured at Eataly.

Another pasta followed, Paccheri “Quasi Amatriciana”, large tubes of dried pasta in a tomato and onion sauce with cubes of Gran Biscotto and pecorino cheese.

The next course, “Panino di Vitello”, was not a veal sandwich, but slices of tender veal layered with rosemary Gran Biscotto (cooked ham), melted Fontina cheese accompanied with an artichoke heart and vignarola, a spring vegetable stew.

We drank the Bastianich Friulano from the Orsone line made from 100% Friulano (aka Tocai) with the meal, produced in the Colli Orientali area of Friuli. The wine is fresh tasting, with good minerality, hints of almonds and pear and a very long finish and pleasing aftertaste. 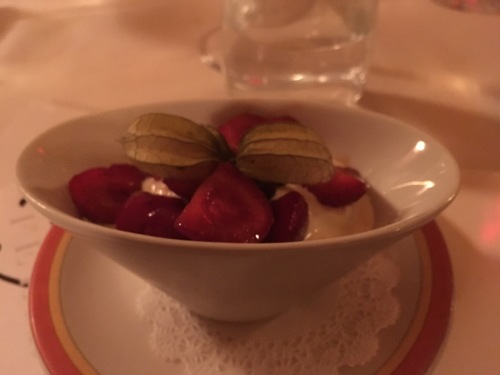 We were delighted to discover the Rovagnati products and look forward to enjoying them at home.