A Barbera with a Difference 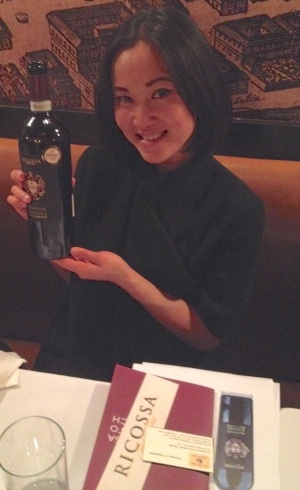 Julianne Clark from the Ricossa Antica Winery marketing department greeted us at Lupa Restaurant in NYC. She said that the winery’s name comes from the Ricossa family that owned an award-winning distillery on the outskirts of Asti in Piedmont at the end of the 1800’s. The headquarters of the parent company, MGM Mondo Vino, is in Forli in Emilia Romagna.

Julianna said thay collaborate with quality producers from Piedmont. Mostly from the Nizza Monferrato area.
The  Consorzio Barbers D’Asti e Vini del Monfraffo is the group we approached with the idea of creating an Appassimento under Barbera Piemonte DOC. They then, presented this proposal to the lawmakers.
The Ricossa Antica Casa is a brand part of the MGM winery.

The winery buys all of their grapes from the best growers and producers in Piedmont where the wine is made. It is a Consorzio,the Consortium Barbera D’Asti e Vini del Monferrato, Julianne said, and can be looked upon as a collaboration of expertise from soil to the bottle. Since this was the first time any producer in Piedmont wanted to use the appassimento process to make Barbera, they had to ask permission from the government to do so. It took one year and was approved during the harvest of 2014 — just in time! 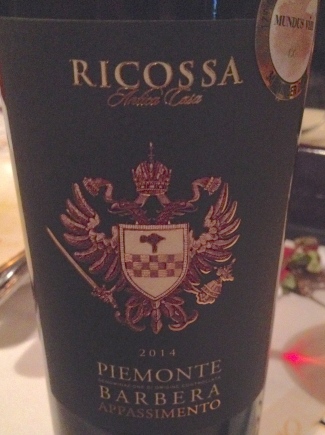 Piedmont Barbera Appassimento 2014 DOC 100% Barbera. The soil is calcareous clay and limestone and the training system is guyot. Harvest is in September/October. The grapes are hand picked. 20% are left on the vines (late harvest) and 80% (by regulation) are laid gently in small open cases of 5kg/10 lbs for about 4 to 6 weeks to dry in a temperature controlled room with fans used for ventilation. Maceration on the skins takes place in stainless steel tanks for 10/12 days after the drying of the grapes. The wine is aged for 8 months in stainless steel tanks and then for a minimum of 2 months in bottle before release.

Because of the appassimento process I expected a wine that was heavy and jammy but instead it was dry, elegant and balanced with good acidity and hints of blackberries figs and violets. It is an excellent food wine and I was very impressed by it. $25 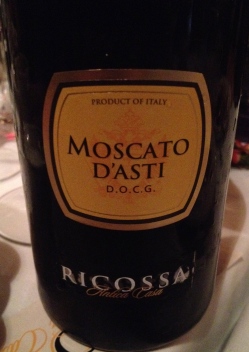 They also make a very nice Gavi, Barbaresco and an excellent Moscato that was a perfect finish to the meal.